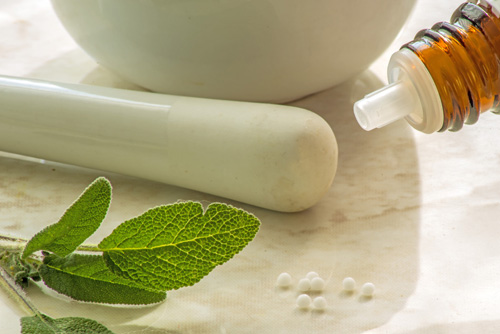 Frederick Christian Samuel Hahnemann, who discovered homeopathy, was born in Germany on the 10th of April 1755. His father Christian Gottfried Hahnemann was of Saxon descent and earned his living by painting pottery. Young Hahnemann received his early education in the village school where he was noted to be a brilliant student. For example, he was able to teach Greek to his fellow students by the age of twelve. As his father could not afford to provide Frederick with a formal higher education, he made up his mind to train him in his own vocation.

In addition to his father’s efforts, little Hahnemann’s instructors who were quite aware of the boy’s abilities, showed compassion and aided him in furthering his education. With the help of his father and his instructors Frederick was able to join the University of Leipzig early in 1775 and began studies in all aspects of medicine, including the creation of medicinal compounds. In addition to studying at the university, Frederick also taught French and German and worked translating books into German. In 1779 he earned his medical degree from the university. After attaining his MD, he practiced medicine and became the head of the mental institution at Jojenthal, Germany. It was during this time that he published his first major work entitled “The Apothecary’s Lexicon on” (1776). The work earned him a lasting reputation among his peers which carried over to additional publications of Dr. Hahnemann such as “Research of Active Agents” (1784) and “On the Treatment of Chronic Ulcers” (1780).

Through this time Dr. Hahnemann intently studied all the various factors that affect the human body such as water, heat, air, earth, food, drink, environment, climate and exercise; as well as inherent human traits passed down generation to generation. Through his strenuous efforts Dr. Hahnemann was able to compose the axiom “Cessat Effectus Cessat Causa” (1789) which stands as the fundamental law of Homeopathy.

Through the years that followed, Dr. Hahnemann searched for alternatives to the generally prescribed methods prevalent in western medicine fields which called for the controlling of diseases through application of elements without research about their long term undesirable side-effects. Understanding that there was a need to delve further into the application and effectiveness of medicinal compounds, Dr. Hahnemann declared categorically “As doctors, our first duty is to mankind is to cure diseases through scientifically selected medicines in a manner that will not affect the human system adversely. We must not bring about temporary relief in a manner that will occasion adverse side-effects.” 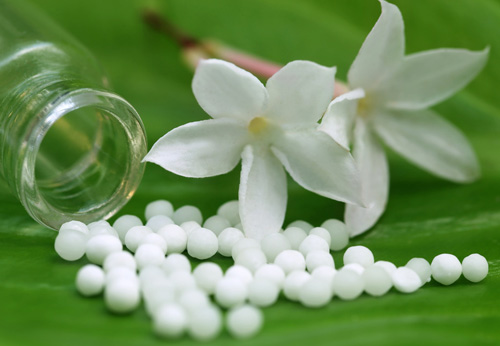 During the years between 1790 and 1839 Dr. Hahnemann conducted extensive research on a vast range of medicinal compounds and formulae. In an attempt to better understand the results and find more acute conclusions, Dr. Hahnemann subjected his own body to medical researches saying “When such animals as cats, dogs, pigs and mice are used in experiments they cannot describe the reactions and symptoms. Besides, animals and human beings react differently to medicines.” Dr, Hahnemann’s experiments and subsequent findings were regularly published and sought after by the men of medicine of the time. The resulting field of study Dr. Hahnemann created was summarized in his publication entitled “Organon of Medicine” (1810) and he described it as “Homeopathy” (derived from the Greek “Homoeos” and “Pathos”). Though some physicians criticized his findings, a great many embraced the work and sought to learn more about Homeopathy.

In 1811 Dr. Hahnemann received the opportunity to teach Homeopathy at the University of Leipzig. A whole group of brilliant men came to study this new form of therapy with professors, lecturers and allopathic physicians among them. Among his prominent colleagues were Doctors Stap, Gross, Adams, Franz, Natting and Hartmann (pioneers in medicinal findings with works that became the basis of modern pharmacology). It was also at this time that Dr. Hahnemann compiled the great collection of Homeopathic medicines, the “Materia Modica Pura” (1811) which carried his work and reputation throughout Europe.

In 1835 Dr, Hahnemann moved to Paris where his presence was of great aid to the establishment and development of the new schools in France. By special royal decree he practiced in France. The newspapers took up his cause and he remained great and popular – patronized by the nobility and great ones of the land – all rallying to the support of Dr. Hahnemann and Homeopathy. Dr, Hahnemann retained his sharp mental faculties and continued to practice until his death, early in the morning of July 1st, 1843 at the age of 89 years. He lived to see his labors bathed in success and the practice of Homeopathy established throughout the world. He had brought health and happiness to generations. In the Twilight of his life Dr. Hahnemann was quoted as saying “My conscience is clear. It bears me witness that I have done and taught what seemed to me the best.”

Thus passed away one of the world’s greatest physicians. His creative genius was united with a critical mind of the highest order. Care and caution are characteristic of all Dr. Hahnemann’s work and are seen in the original texts of his books which are preserved in Dr. Haehl’s museum at Stuttgart. May such characteristics always govern medical advance.

Best of health to you and your family